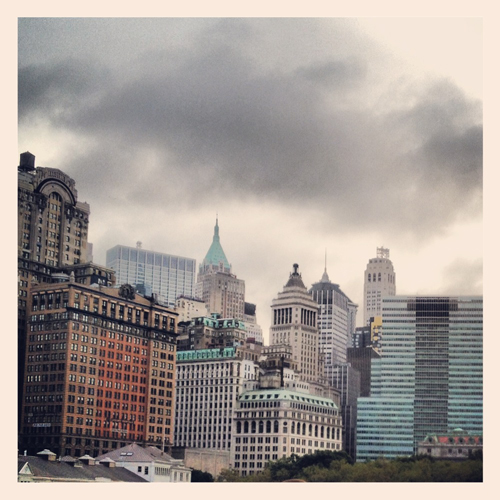 So, we’ve taken to the internet in search of originating this dream. Nowadays, this is the place where all really deep research is accomplished, right? At least, that’s what we’re telling ourselves. Please don’t judge and try to understand it is the only viable option left seeing the library is closed due to the government shutdown.

So, it seems from what we’re reading that the American Dream started in the early 1600’s. There appears to be two main reasons for the migration – religious freedom seeking and fortune seeking. In some of the readings, these two motives are even expressed as being intertwined and commingled.

According to some search sources, a group of transient English pilgrims in search of religious freedom started the movement by jumping on a boat and making their way over from the Netherlands. Apparently, this leg of their journey was a continuation of their exodus from persecution and bondage at the hands of the state Church of England.

Soon after the pilgrims voyage, economic and religious hardships in England led another religious community called the Puritans to exodus Europe. Both of these groups began to congregate in New England and additional religious sects like the Quakers came to fill in the middle colonies.

The fortune seekers landed in Virginia around the same time the pilgrims landed in Massachusetts. Funded by European investors, speculators, and governments, the goal was to establish colonies, develop trade, and bring some bacon back home to the motherland.

As more people migrated to America, there was a real sense of promise in the new land. Religious freedom and economic gains were being established by most populations except perhaps the Salem Witches or French and Spanish Catholics. And, even these people groups could be befriended when the English King called for tea taxes. The victorious war for the Promised Land was held forth as proof that God supported the American Dream.

Of course, it doesn’t take long after victory that the spoils must be distributed and those with proper morals must craft laws that help accomplish these tasks.

Governments – national, state, and local are a necessity, cry the people as they seek leaders that have more skin and bones. Preferably, it is devised to solicit the leaders that bring a real understanding and preference to their constituents needs forthright for election.

Have a Civil War

And after a few years, these constituent needs require a thorough examination accomplished through weaponry and loss of brotherly lives so as to better establish the ground for unity. Many well established documentaries claim this war was a battle to free slaves and reclaim morality. Perhaps, this was accomplished. Or perhaps, the unity provided a better means to enslave all men to the American Dream?

The states gathered to join together and form a more perfect union. Bliss! The dream will happen. Men will join arms and forever worship God and their large economic gains standing as the most blessed nation on earth.

Twenty-five years or so after the Civil War, ennui settled in. Things were going along okay. A great statue, representing Libertas, the Roman goddess of freedom, was erected in New York Harbor. The Statue of Liberty beckons with Emma Lazarus words, “Give me your tired, your poor, your huddled masses yearning to breathe free, the wretched refuse of your teeming shore. Send these, the homeless, tempest-tost to me, I lift my lamp beside the golden door!”

With the fabulous hope of the foreign god beckoning new slaves to come and join the now worship of a nation and the fulfillment of its dreamy vision, the course changed ever so slightly.

Promised Land Sold to the FED

On some of the most solid ground a financier could ask, the nation was sold to bankers in 1913. The lawmen had found a way to reap some of the benefits of having such lofty positions. All that was required was to play ever so slightly on their wisdom as demonstrated by their appointments and pep up just a little fear that finances were rocky. They were able to cut a spectacular deal that served everyone at the table handsomely.

From this day forward, the nation of hardworking enterprisers would serve to line the pockets of fat cats who could now pencil whip skinned profits off every transaction. Joyous day indeed; for the kingdom having released all slaves just a half century earlier, had now resold the slave owners too. Such a brilliant, murky deal and they would never be the wiser for it.

But, what if someone got wise? Hold out the promise that the insightful, talented man could climb the heap and also be an heir to the throne. The table itself would surely be found standing on firm lawful legs and the waiting chair ever so luxurious. Yet to make the climb, by the time the table is reached, most all men would be so blinded by their greed; they would be unable to recognize their table mate.

How is it that we puritans got so far off track that we sold our promised land and remade the temple? What an awful bamboozle! We bought the lie and as a return for our purchase we’re extended the sinner’s task of gathering and storing up wealth to hand it over. How meaningless, such chasing after the wind.

The bankers and politicians deserve a good flogging for cheating us and stealing our rights to print and receive the bogus paper. They’re evidently possessed by greed and obstinate pride hell-bent to hold power over us. Thank goodness we’re so righteous.

We are so righteous, aren’t we? Yet, if we had been successful in achieving our goals of establishing our personal fiefdoms set within the larger border, if we had become visible enough to receive an invitation to the dealmakers table, would we have done the same thing? Is it possible that we pilgrims set out for the temple with skewed dreams to take over the surrounding countryside and be made the king? Is it possible that we puritans are truly bankers and politicians at heart? Are we also being led by the nose? Are we being led to the slaughter? Oh, what a tangled web we’ve weaved. If we are more like the bankers and politicians than we care to admit, who is righteous enough to carry out the flogging? Will we be the flogged?

Why do we keep grabbing for the big apple? When will we learn? Will we learn? How are our bright dreams so easily dimmed and manipulated? We’re made to play for something bigger than we can dream, but we can’t seem to escape the garden fantasy. The American Dream was pre-positioned on a new start and we pilgrims determined to take God with us. Yet, wherever we seem to try and carry God, we find we’re actually taking up court with the serpent. How deep does this fault line to hell run? How does it permeate us to the core of even our subconscious dreamy sleep? Why are our treasures seemingly always found bound to the earth thus capturing and imprisoning our hearts?

Please, may we stop trying to carry out our own rescue? May we now be awakened from the insanity of rescuing ourselves from ourselves by playing out our broken selves in the lead role of rescuer? May we bow our heads and fall on our knees now? Please, may we now play out our character development following in the reality of the Father and Son and Holy Spirit rather than our American Dream chasing after the Big Apple?

Thanks for leading us to pray this prayer and for showing us our dream blindness. With a great inflow of anticipation and courage, we look forward to the upcoming exile and the refreshing journey that still lies ahead.