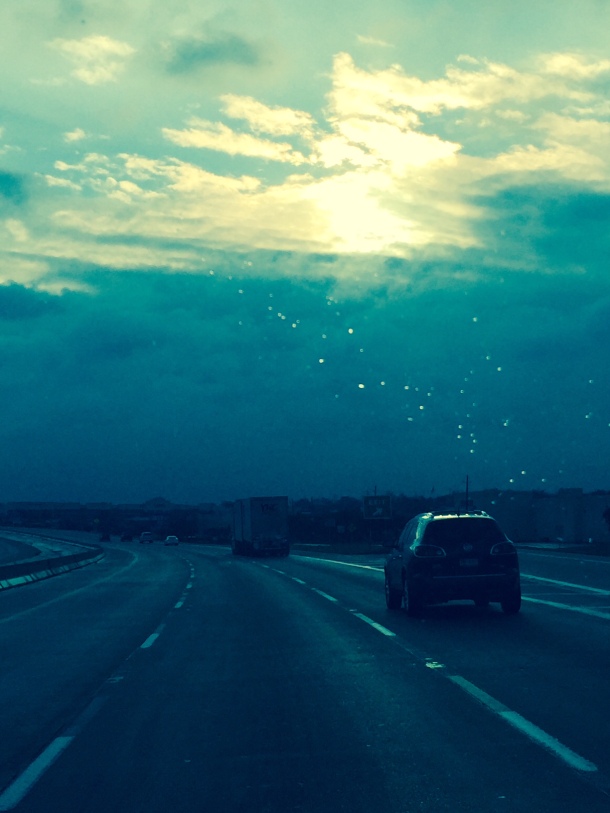 Driving along in a daydream, I just saw a man standing on the side of the road in the middle of the storm with his thumb in the air pleading to hitch a ride. About that time, a car pulls to a dead stop in front of the hitchhiker and the driver gets out bemoaning that he has run out of gas. As these two men stand there hands in the air screaming out their misfortunes, a singing jogger passes them by and gives them a friendly signal wave to join along with him in running to the next town. The two stranded men look at each other in disbelief. It doesn’t make any sense to them. Crazy jogger!